CircuitMouse was created to serve the needs of its creator. The fact that it is useful to Billions of others is just icing on the cake!

The genesis of CircuitMouse actually goes back to the late 90’s in the heyday for the first Dot-Com boom. I was webmaster for Toyota.com in downtown San Francisco, but had a little cabin up in the foothills of the Sierras for the weekends. We wound up with a few mice in the cabin and so we set out a few mousetraps (live traps, of course) to take care of the mice.

We were diligent about checking the traps for the first week or so, but then the 17 hour work days (and life with Kozmo!) pulled us back to the grind, and we completely forgot about the mouse traps. Of course, a week later we arrived back at the cabin to the smell of rotting mice. Not only cruel, but disgusting as well!

While cleaning up the poor dead mice, I realized we’d probably heard one of the mouse traps trip while we were still in the cabin, but at the time it didn’t register what it was. That in turn led me to realize that we, as a society, could build a much better mousetrap. I scratched my head, looked at my mobile phone, my Handspring Visor, a musical greeting card sitting on the counter, and the mousetrap and …(drumroll)… Lightbulb!

Of course, one dot-com crash, 2 recessions, 3 continents worth of travel, 4 startups, wife, house, kids, pets, (and rafting!) kind of distracted me from doing anything with the idea until one Saturday afternoon with a few hours to kill I hacked together a mousetrap and one of the little speakers from the musical greeting cards. Any time the mouse trap was sprung, the little speaker played the song from the greeting card. Ugly, sure, but actually very useful, and my kids loved it!

As I was watching my kids listen repeatedly to the tinny version of ‘Happy Birthday’ set to the tune of ‘La Cucaracha’, it dawned on me that the mousetrap is really just a big fat circuit. From there it was an easy step to visualize a large part of the physical world as a series of circuits. And yes, a patent application is under way. And no, I’m not going to patent the whole ‘World’ as a big fat ‘Circuit’.

At that same time, I had 2 renewable energy businesses that needed some very simple, but very dependable, remote power monitoring solutions. The current control and automation solutions using a PLC or DCS were huge, clunky, unwieldy and outrageously expensive for something as simple as just monitoring whether or not the electricity was periodically dropping out.

There were of course many other needs and thoughts that trickled into the mix, but 3 primary building blocks lead to what is now CircuitMouse:

CircuitMouse, initially, is designed to do just one thing, and do it very well. Future versions of CircuitMouse will add extra functionality, and maybe even some hardware to go along with it!

Stay tuned, and in the mean time, let us know what awesome uses you find for CircuitMouse!

This site uses Akismet to reduce spam. Learn how your comment data is processed. 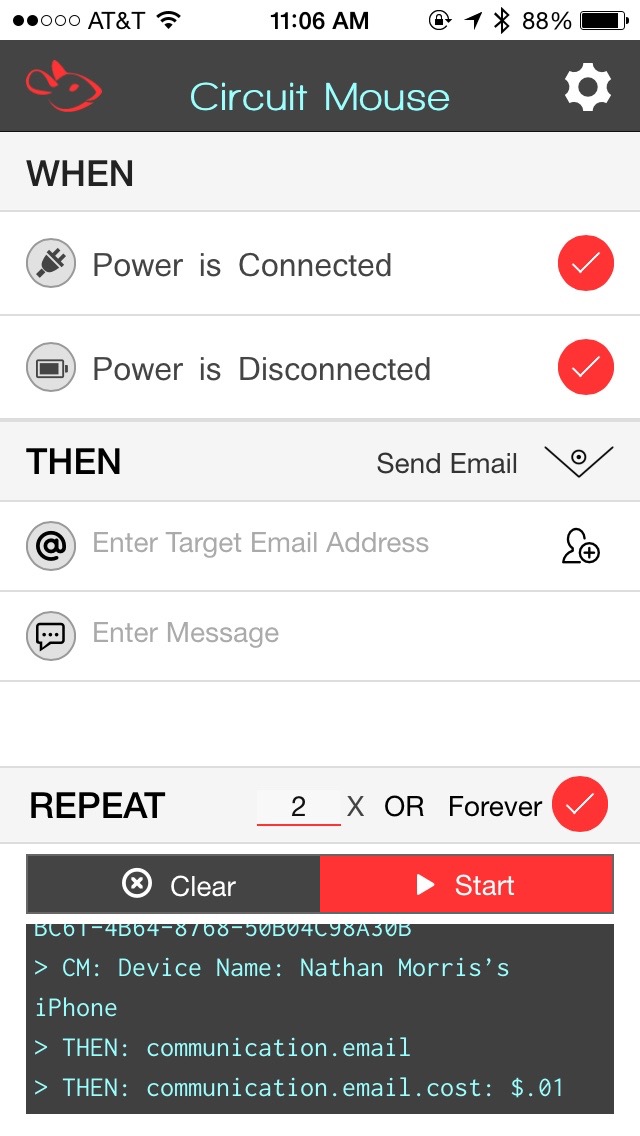 Get the CircuitMouse App for iOS

Get the CircuitMouse App for Android